June 1. 2014 is almost half gone. The summer solstice is officially another 3 weeks away, but our academic year is over. Nā Hōkū Hanohano awards are past; props to Best New Artist Kamaka Kukona, whose CD Hanu ʻAʻala was the focus of a post here several months back. And the Hawaiian music community is still reeling from the major loss of two giants, Uncle Dennis Kamakahi and Chino Montero.

Iʻve been abroad on my annual end-of-academic-year detox vacation, and am finally getting underway on the summer writing. 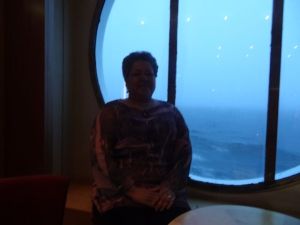 My goal for the summer is to make substantial progress on the book project Hawaiian Songs Ancient and Modern. Iʻve been chipping at it for nearly 30 years. Can you imagine? Yes, life happens . . . but in this case, I have been extraordinarily fortunate to have senior colleagues who believe in the project, and have supported and encouraged me, and have shared their amazement as the project has taken shape.

The project is unprecedented, in terms of Hawaiian music scholarship, and also in terms of musicological theory and method. In my insistence to consider Hawaiian music holistically, many preconceptions have been blasted through–including the very starting premise, back in 1987, that Hawaiian music is even worthy of serious scholarly attention. I knew that, and so did many of my teachers; but it was an uphill battle to have it accepted in the hallowed halls of scholarship that were fiercely guarded by conservative scholars who found the stereotypes unworthy of any attention.

As life overwhelmed me from time to time, my project was endangered by up-and-coming young scholars who latched onto more popular cultural studies driven by oh-so-sexy critical theory (Michel Foucault, etc) and then by gee-whiz postcolonial theory (James Clifford, Gayatri Spivak, etc). And yet I continued to chip away at a project that had all the appearances of a Model T stuck on the supersonic Autobahn. Slowly, steadily, and with the unqualified encouragement of my esteemed senior colleague, Rich Crawford, who is the Executive Director of the series that Hawaiian Songs Ancient and Modern is slated to be published in–Music of the United States of America.

Iʻve been incredibly blessed with the fact that, from the very beginning, Rich “got it.” I credit a lot of that to the fact that, in his own career, Rich has walked very similar paths to mine. Oh, not with Hawaiian music; but with the musics that he was studying, he blazed trails and struggled upstream against naysayers and cultural gatekeepers. His efforts have made the path easier for me. More importantly, his understanding of the scale of the projects he has completed  have bought me the time to really get to know the sources I work with, both comprehensively and intimately, and to really think–hard–about how to tell the stories that the sources bring to light.

The book offers an examination of the sources for 50 selected songs. By sources I am thinking most broadly in terms of “visual representations” that includes notated musical scores, but also appearances of mele texts and song lyrics in printed and unpublished manuscript sources, and also transcriptions of performances registered in audio sound recordings, film, and video over the decades.

Stay tuned, dear readers. Iʻll be sharing my journey on the project, in the weeks and months to come.

This entry was posted in Uncategorized. Bookmark the permalink.