So at the end of 2009 I posted my picks for a “My 2009 Top 10 CDs for Newbies.” Hmm . . . once someone does something like that, do we now expect a “tradition” with annual followups? Or is this an opportunity to change up the category itself? Think about it–what 2010 CD releases are going to come close to knocking something like Gabby’s brown album off a “Top 10 for Newbies” list? Is there a new multi-artist slack key compilation that is going to seriously compete with the excellent compilations already out there–Liko Recordsʻ Slack Key Traditions (which is on the 2009 Top Ten list) or Dancing Catʻs Hawaiian Slack Key Masters? (not to mention the four Grammy-winning compilations from Daniel Ho Creations, drawing on live recordings from Uncle George Kahumokuʻs Masters concert series on Maui)? How to select from the many many many falsetto exponents in regular rotation — Nā Palapalai, Keao Costa (“Beautiful Māhealani Moon” is classic), Tony Conjugacion, Pueo Pata, Bulla Kailiwai etc etc?

It is not easy to set a limit such as “ten” and then populate such a list. Why this artist and not that one? Why this artist’s CD and not that CD? (Raiatea Helm:  Sweet & Lovely vs. Hawaiian Blossom? Do I really have to choose?) Could I really have a list without so-and-so on it? Look whoʻs missing from my 2009 list: Genoa Keawe, Gabby Pahinui, Linda Dela Cruz, Na Palapalai, Hoku Zuttermeister, Hui ʻOhana, Dennis Pavao, Led Kaʻapana, Kuʻuipo Kumukahi, Owana Salazar, Kealiʻi Reichel, Sunday Manoa [okay, pre-Brothers Cazimero], Darlene Ahuna . . . And thatʻs just in my own lifetime. What about Lena Machado, Dick McIntire, Linda Dela Cruz and the Halekulani Girls, Kawai Cockett, Andy Iona, Jules Ah See . . .

So letʻs play with this idea of “Top 10” anything kinds of lists. Here is my own personal top 10 CD picks–ten CDs that I return to time and time again simply because I love the music!! The order of the list is completely random. Consider this list a variant exercise of “whatʻs in your iPod?”

Peter Moon Band, Full Moon (Kanikapila Records, 1989). Of all the Peter Moon Band albums, this one has Martin Pahinui singing “Nani Kaua’i” and “Ke ‘Ala o Ka Rose,” two of my favorite hula ku‘i songs. Then, an added bonus is a subtle take on “Mapuana,” a hapa haole song harmonized sublimely with — gasp! — parallel fourths. 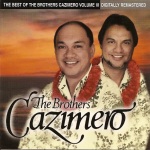 The Best of The Brothers Cazimero Vol. III (Mountain Apple Co., 2000). Of course I love the Brothers Cazimero, despite the fact that they did not have a spot on the 2009 Top Ten list. (That was a tough call.) So why Vol. III instead of I or II? Simple. My all-time favorite Brothers Caz track is “Makee ‘Ailana,” which was released on “Songs from Mama’s Songbook,” an LP never reissued on CD. So when it arrived on Best of Vol. III, I celebrated.

Ho‘okena, Ho‘okamahao (Ho‘omau, 1996). In case you haven‘t noticed, dear readers, I have a particular fondness for hula ku‘i songs. And this CD features three songs that I could listen to again and again and again, simply because the performances are straightforward and so danceable with rock-solid ‘ukulele strumming driving the instrumentation. Two standards–“‘Ahulili” and “‘Alekoki”–solidly done. And a composition of more recent vintage–Kimo Alama Keaulana‘s “Nani Mānoa,” delivered with Manu‘s soaring tenor and Glen’s effortless falsetto. Classic, I tell you; classic.

Makaha Sons of Ni‘ihau , Ho‘oluana (Poki Records, 1993). The final CD from the quartet before Izʻs departure. And nothing will ever replace the magic of hearing “Nohili E” for the first time on the radio. Or the lovely hula swing of Pua ʻAla Aumoe. And the now-classic arrangement of “Kumulipo” which segues seamlessly, on one pivot chord, into “E Pua Ana Ka Makani.” Solid harmonizing on Ali‘i ‘Iolani. And the tracks that the rest of the world listen to repeatedly–“White Sandy Beach” and “Take a Walk in the Country.” Classic Makaha Sons of Ni‘ihau.

Tia Carrere & Daniel Ho, He Nani (Daniel Ho Creations, 2009). Disclaimer: I co-wrote the songs and co-produced this followup album to the Grammy award-winning ‘ikena. If I had to choose between the two albums, I would admit that the songs on He Nani reflect deeper experiences and a maturity in our songwriting and presentation. The Pumehana Trilogy commemorates Daniel and Lydia’s wedding in August 2008, by commenting on their life in LA, their home, and their love for each other. But several other tracks–“Ho‘opōmaika‘i” and two instrumentals, “I Ka La‘i” and “Kauanoenoe”–capture other episodes we were experiencing, and  those songs remain as meaningful to us now as they were when they were created. It is the title track that steps out on its own path. The lyrics mark beauty, what is beautiful, and what we have to be thankful for–as we were watching loved ones struggle with the absence of beauty. Musically, Daniel opens with tonal ambiguity that does not resolve until the second half of the verse. I consider myself fortunate to have as collaborators a songwriter/musician with such a rich palette of tools. and a singer who uses her smoky tones to convey heartfelt nuance.

Raiatea Helm, Hawaiian Blossom(Raiatea Helm 2007). Close call between this and her 2004 CD Sweet & Lovely. After all, Sweet & Lovely is a tribute to Aunty Genoa Keawe, who is paid homage by Raiatea’s rendition of Aunty Genoa’s signature “‘Alika,” and who joins Raiatea on the disarmingly simple tune of “Hu‘i E.” On Hawaiian Blossom, Raiatea stands on her own two feet as a vocalist. The accompaniment range is wider here than on previous CDs, with synthesizer on “Ei Nei,” and the tribute to Benny Saks’ arranging from Leina‘ala Haili recording of “E Ku‘u Tūtū.” But the strong steady lead ‘ukulele strumming is still in charge. 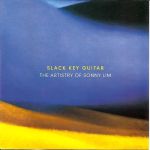 My reasons for turning to either of these two performers more often is for two entirely different reasons. Uncle Sonny Lim‘s playing, to my ear, respects the “old-style” sincerity of solid technique, while Jeff’s playing represents where those slack key techniques can go when a musician approaches the world of music with open ears and open mind, and uses expanded possibilities to enrich the tradition. I hear tradition in Jeff’s playing. So I will call this slot the “slack key slot” and Uncle Sonny and Jeff will have to share it.

Kaimoku, The Ukulele Experiment (Kahuku Watermelon 2004). A  much-overlooked gem of an instrumental ʻukulele CD by a trio of young artists who took home the 2005 Nā Hōkū Hanohano award for Best Instrumental Album. The arrangement work is quite interesting, with light sprinkles of percussion, and a chanting voice reminiscent of Kaumaka‘iwa Kanaka‘ole on “Hi‘ilawe.”

Emma Veary, Emma (Music of Polynesia, ca. 1970). The thumbnail here is from the LP cover, which was used (with slightly altered tinting) on the The Best of Emma: A Collection of 25 Hawaiian Classics (Mountain Apple 1996). Jack De Melloʻs orchestral arrangements remain the perfect setting for the combination of  Emma Vearyʻs vocal mastery and Charles E. Kingʻs songwriting genius. There is no one on this planet who can come close to Emmaʻs sparkling rendition of “Kamehameha Waltz.” Together with the Rose Ensembleʻs CD (below), these songs demonstrate that trained vocal technique is required to execute what Charles E. King created–which, in turn, accounts for why we do not hear these songs often. Malia Kā‘ai’s 2004 CD, Leo Nahenahe, affirms that there are still performers who understand that composers like Nā Lani ‘Ehā and Charles E. King and Helen Desha Beamer were writing for a level of skill beyond “the backyard.”

The Rose Ensemble, Nā Mele Hawai‘i: A Rediscovery of Hawaiian Vocal Music (2007). Disclaimer: I was actively involved in the Rose Ensembleʻs notable exercise in cross-cultural programming of Hawaiian music, and in the production of the CD. That said, I stand by the unrivalled EXCELLENCE of artistry and presentation. Conceived as an overview of Hawaiian repertoire across hīmeni, mele hula (specifically hula ‘ōlapa and hula ‘āla‘apapa), and mele Hawai‘i, the Rose Ensemble ventured into repertoire that requires trained professional vocal artistry and musicianship. Moreover, the Rose Ensemble is committed to linguistic integrity in all of their programming. Their accomplisment with ‘ōlelo Hawai‘i on this CD is stunning–the result of many hours of study, coaching and rehearsal. This is precisely what makes this CD a model of cross-cultural programming, and why Artistic Director Jordan Sramek is a scheduled participant on the February 4, 2011 program of the series “ . . . aia i ka wai . . . Dialogues on [the Present and Future of] Hawaiian Music.”

Come to think of it, this CD alone merits lengthier commentary in its own post. Consider this a “coming attraction.”

This entry was posted in recommendations, recordings. Bookmark the permalink.