Posted on September 4, 2010 by amykstillman 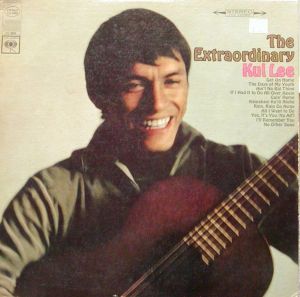 Kui Lee, songwriter/beachboy, blazed the path for songwriters in Hawai‘i to express a perspective rooted in Hawai‘i. And that perspective was everything that hapa haole songs were NOT. No romanticizing fantasies. No longing to return to a place away from home. No fetishizing of exotic hula girls running around in grass skirts.

Local songs express the perspectives of people for whom Hawai‘i is home. The theme of return to Hawai‘i is prominent in local songs. But unlike songwriters of hapa haole song who dream of returning to the fantasy that they visited, local songwriters write about wanting to return to a home that they have left–when they are away on tour, or even on extended residence away from the Hawai‘i. Local perspectives valorize the privileges of living in Hawai‘i. But local songwriters are also unflinching about the tribulations and hardships of everyday life on the ground, and about the forces of change that threaten to change existing ways of life.

So here is the playlist of LOCAL SONGS that is the basis of my studentsʻ discussions in class this semester.

Songs by Kui Lee asserted the perspective of someone living in Hawai‘i. And when championed by an entertainer of Don Ho‘s stature and influence in the industry, and the group The Surfers recording on the mainland Decca label, Kui Lee heralded a new moment of writing songs that local residents could identify with.  [ouch, dangling preposition. my bad.] 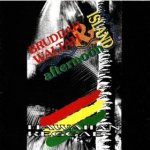 4. “Hawaiian Lands,” performed by Bruddah Walter & Island Afternoon, Hawaiian Reggae (Platinum Pacific PPR-1005). The popularity of reggae in Hawai‘i echoes with an astute awareness of its originators’ use of the medium to deliver socially conscious message. The chorus of this song insists “Keep Hawaiian lands in Hawaiian hands, yeah,” thus positioning it to serve as a kind of anthem in the developing movement for native Hawaiian sovereignty and self-determination that would flower fully in the 1990s.

5. “True Hawaiian,” performed by Sudden Rush, Kū‘ē (Way Out West WOW-9702). The group Sudden Rush claims to be “the true originators of nā mele pāleoleo (Hawaiian Rap Music), spreading the message of a nation, the Nation of Hawai‘i.” Lyrics by Don Kawa‘auhau, a Hawaiian-language teacher in the immersion education movement. Nationalist expression through and through.

6. “Life in These Islands,” by Kawika Kahiapo. Kaukahi, Life in These Islands (One Hawaii OHCD 1001). One of the most recent in a lineage of Nā Hōkū Hanohano award-winning songs that celebrate daily life on the ground. Take note of the vocabulary that is common knowledge among local folks who are the subject of the song. Take note, too, of the musical sounds that locate the song sonically in a genealogy of Hawaiian music, even as the musical materials (such as harmony, etc) signal that songwriter & musicians are not insular, but draw upon musical idioms circulating throughout the contemporary world.

This entry was posted in Playlists, recommendations, recordings, remarks. Bookmark the permalink.